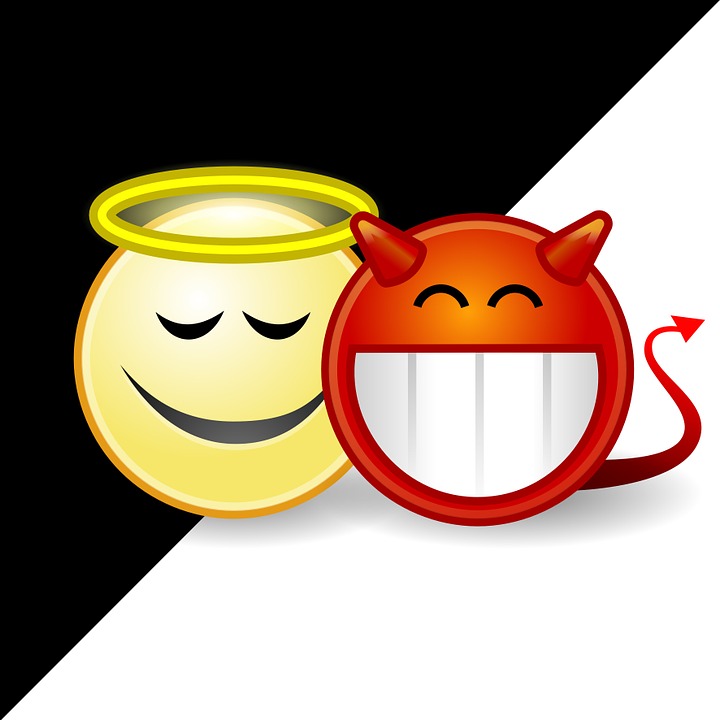 Let’s be less bad, and maybe, better. Nobody is perfect.
To be less bad is to apologize when we are wrong.
Better is to not stop trying to be less bad, despite the mistakes, and trying to repair the damage. No one is perfect, which means that making mistakes is inevitable.

Let us love fully. Especially when it’s not easy, because it requires effort, maturity, and courage. To love is to help others, educate oneself, cultivate and apply intellectual rigor and emotional intelligence to everything in Life. Listening more, talking less. Seeking to understand, to find better answers and solutions. Loving is giving, and it makes us less bad. Loving without imposing, makes us better.

Having in excess is when in order to have, others must lack.
Having isn’t bad. If you have by helping others, that’s less bad.
Having by helping others have, is better. Sharing is when we all know how to give wisely, no one has to ask for more or have in excess.
Having is not a requirement for giving, because Love is giving.
Giving to those who ask, is to be less bad. Giving without being asked, is better.

Being gentle, not stupid, means being assertive.
Being less bad is being calm when you don’t have to be aggressive.
Knowing how to be aggressive when necessary, without losing your calm, is better.

Believing and knowing are not the same.
Believing doesn’t require evidence, mathematics, scientific rigor, logic, or reasoning. It is a certainty, and conviction by feeling.
Commutatively, not believing doesn’t require justification either, because it can be expressed simply as believing that a belief is false. Fair is fair.
Knowledge requires evidence, mathematics, scientific rigor, logic, reason, suspecting “common sense”, doubting feelings and even distrusting the senses. Knowing is researching, looking for better methods, accepting degrees of reliability, until you find the elusive answers hidden in the data, or die trying. Both require discipline, courage, intellectual rigor, patience and a sense of humor, to enjoy real or perceived rewards, ironies, sarcasm, contradictions, pain, and happiness; the beautiful and enormous complexity of our existence. They complement each other, and require humility and honesty, to admit when one is not the other. Especially when knowledge shows that a belief is definitely false. You can use knowledge against beliefs, but you can’t use beliefs against knowledge. When knowledge has no grounds, it simply can’t claim anything conclusive. If you believe or know something, without discipline, courage, intellectual rigor, patience, sense of humor, humility, and honesty, you’re doing it wrong. Wisdom is to be clear about the differences between believing and knowing, and it makes us less bad. Care when exercising both, and to avoid confusing them at all costs, makes us better.

Some beliefs entertain me, provokes my curiosity, and can even inspire me in the search for knowledge. Others I tolerate, as long as they’re not against any of my previous principles, and above all, do not intend to impose. Knowledge is a process where doubt is allowed, demonstration is obligatory, and challenge is both necessary and encouraged. I prefer knowledge over belief, and informed and responsible beliefs, before simply believing.

I’m more interested in the net result of actions, rather than intentions.
Intentions are potential, intangible, and excluding my own, I can’t judge them. Prudence suggests that, at most, they are a philosophical exercise. Actions are dynamic, and although sometimes subtle, they are tangible. They usually leave evidence or consequences that we can evaluate.

It is not about judging or not. You must judge in order to discern.
Judging irresponsibly is terrible for everyone. Condemning after bad judgment, needless to say, there’s enough evidence of that. Good judgment is to take into account all of the above principles when judging, especially before taking action. One isn’t born with good judgment, it is a practice and a quality that must be perfected in order to be less bad. Compassion with everyone when judging, including oneself but particularly others, is better. We can derive, that compassion before, during and after taking action on any judgment, will make us at least, less bad.

The principles set forth are sensible and sustainable by themselves. They don’t demand authority, nor supernatural help. They’re universal enough not to be subject to anyone’s intellectual property claims.

Personally, I refuse to discharge responsibility for my behavior in mysterious institutions, beings, beliefs or powers. People, beliefs or institutions that seek to suppress critical thinking or intellectual rigor, will find in me a gentle but tireless opponent. I find it interesting and fascinating to live with doubts and questions that may not have definitive answers. I don’t need all the answers to living a full, responsible and compassionate life.

Being less bad and better is a good idea.
It’s a good starting point that doesn’t require imposing on anyone the existence of God. Any god who opposes, does not deserve to exist.

I admit that I’m still researching, but for the moment, in the absence of more evidence and aware that I could be wrong, this is what I decide to believe.